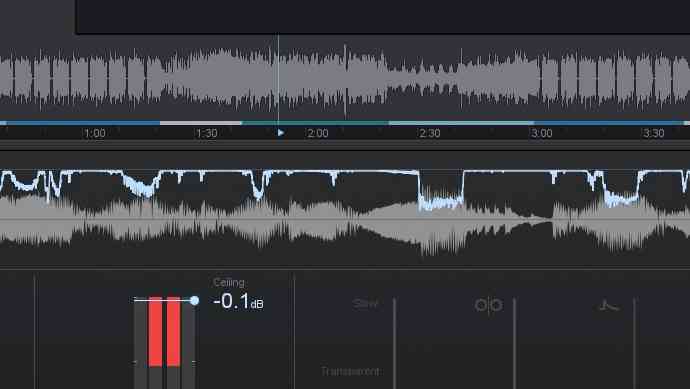 It used to be about sorting out problem frequencies, cleaning stuff up and adding those sweet finishing touches whilst preparing for vinyl production. But with the advent of digital, things have changed…

Music has been getting louder and louder.

Sure you want that extra glitter and polish but lets be honest, most people want their tracks to be super loud and punchy. People don’t like to admit it, many mastering engineers pretend they only do it to placate those pesky clients. But it was mastering engineers who started the loudness wars in the first place. So lets call a spade a spade and be honest about it, people want it loud.  So why not just turn it up?

Because those trixy little transients (those are the peeks in a waveform) can’t poke their little heads above zero DB or you get digital clipping and it’s ugly!

So we slam on a brick wall limiter (disallowing peeks to exceed zero DB) and push up the general energy making the track seem louder. Doesn’t that make the track less dynamic and punchy? I hear you cry.

Absolutely, but if you’re willing to give up half your life to sitting in a darkened studio toiling selflessly for the noble cause of keeping it punchy and oh so loud you can finally learn the secrets.

That my friends is what we have done and it’s why you should master with us.

On the flip side, not all styles of music need to be super loud and we’d probably be better off without the whole loudness war issue. But right now we are stuck with it. Read more about it here, it may help to put your mind at rest.

Ktown Productions is located in Kwinana near Perth WA.

Getting the levels that are demanded by modern Dance/Bass styles like House, Trap, Dubstep and drum and bass while retaining the dynamics, punchy drums and huge bass is a seemingly impossible task.

After all, you are pushing general levels up to where the transient energy is, so on the outside it sounds like a clear contradiction.

But then we know very well that people are doing it.

Take, for example, the track “Centipede” by knife party, huge bass (arguably too much on some systems) massive level and punchy as all hell.

so what’s the secret?

In truth it’s a mixture of alchemy… modern, intelligent algorithms, great ears and a whole lot of experience. You can’t have one without the other.

Pop music still needs to be loud if it’s going to compete on radio etc. But it usually doesn’t need so much sub bass and consequently there is more headroom.

Rock and metal are in the same basket mainly. But do you remember the controversy over “Death Magnetic” by Metallica where the whole loudness war issue was taken way too far. It’s a lesson worth remembering.

Honestly, you don’t have to play the loudness war but it’s often a brave move not to.

With acoustic music, blues and jazz you really don’t need to have your tracks particularly loud in my opinion (and in that of most mastering engineers). It’s a good thing too because acoustic instruments don’t stand up well to being slammed with a limiter.

This track was made entirely here @ Ktown Productions,